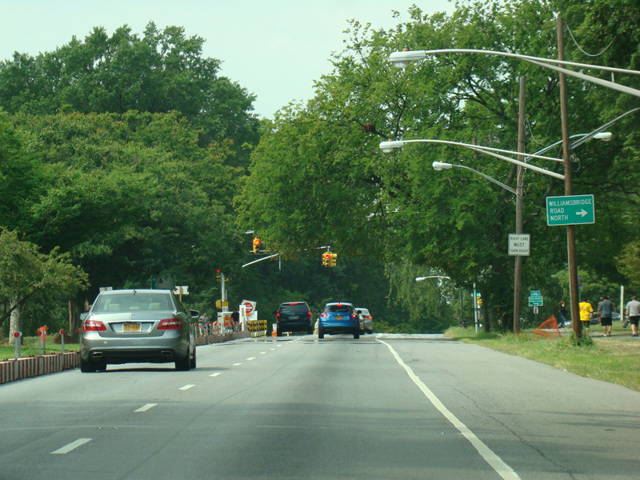 Pelham Parkway is a large six-lane divided road. For much of its length, it has service roads. While it is designated a parkway and closed to trucks, it has traffic lights at all its intersections except for the interchanges with the Hutchinson Parkway and I-95.