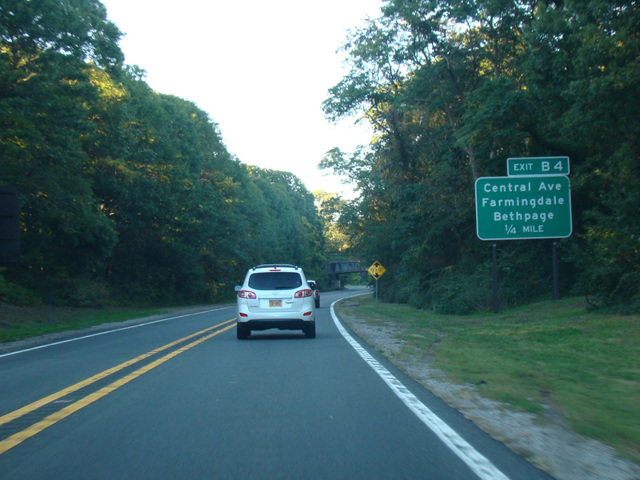 The Bethpage Parkway provides access to Bethpage State Park. It begins at the Southern Parkway, runs to the north, and ends at a traffic circle in the park. It is a super-2, a two-lane undivided highway. There were plans to extend it north of Bethpage State Park to Caumsett State Park as the Caumsett Parkway. These plans were not carried out. The Bethpage Parkway is probably the least well-known parkway on Long Island. There is a paved bicycle path that runs parallel to the parkway, which can be accessed from Linden Street.