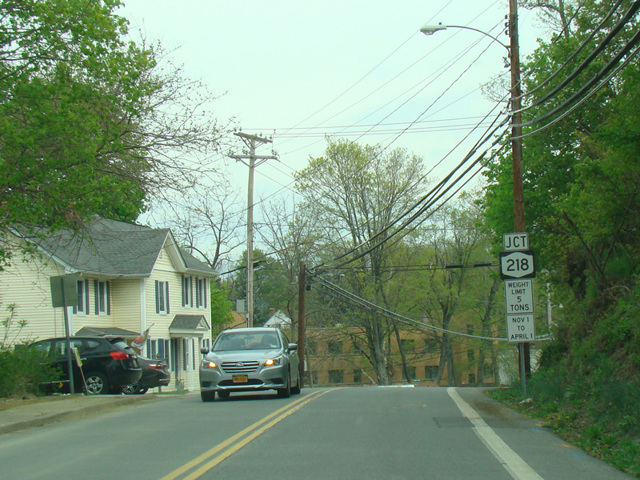 CR 9 is a north/south route running diagonally from Central Valley to Cornwall-on-Hudson. Smith Clove Road begins at NY 32 as a local street. After a few blocks, it passes under a railroad bridge and takes on the CR 9 designation. It then passes under the New York Thruway (I-87), but there is no interchange. After a few miles, Smith Clove Road becomes Mineral Springs Road, which ends at Angola Road. CR 9 follows Angola Road northeast to Cornwall, where there is an interchange with US 9W. Shortly thereafter, Angola Road ends at a traffic circle the eastern terminus of Quaker Avenue (CR 107). CR 9 then follows Main Street through Cornwall to where it ends at Academy Avenue (NY 218) in Cornwall-on-Hudson.