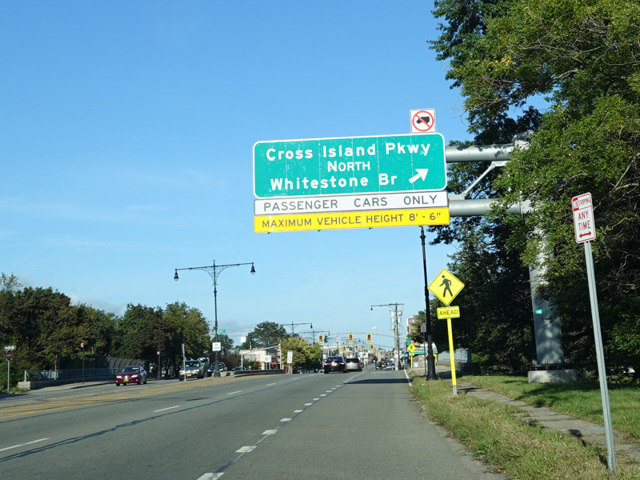 Jamaica Avenue is an east/west route in Queens. It begins in Brooklyn as a local street and runs east into Queens. It remains a two-lane local street, running under elevated subway tracks for a significant distance, until its crosses Merrick Boulevard in Jamaica. There, it widens to become a four-lane road. After a few blocks, it becomes divided, and oversized street name signs begin. It continues east to the border with Nassau County, where there is an interchange with the Cross Island Parkway. Just past the interchange, there is a traffic light at the eastern end of Braddock Avenue (NY 25). There, Jamaica Avenue changes names to become Jericho Turnpike and takes on the NY 25 designation.