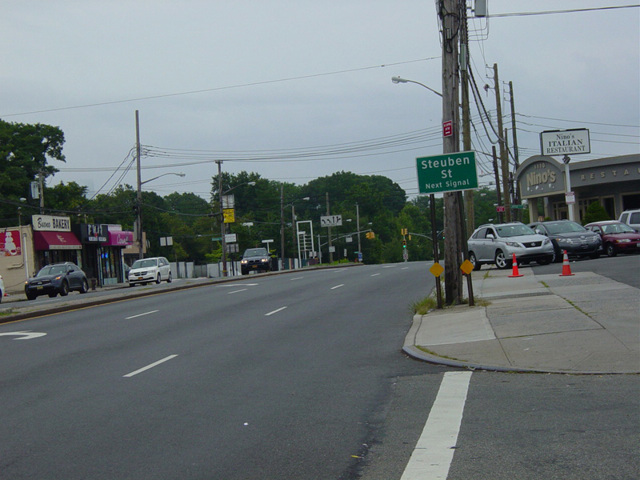 Hylan Boulevard is the longest street on Staten Island. It begins at Satterlee Street near Conference House Park at the southern tip of the island and extends north and east to Bay Street near the Verrazano Bridge (I-278). Hylan Boulevard is a four-lane road. Some portions are divided and others are undivided. Hylan Boulevard is split into two sections by the Staten Island Expressway (I-278). The two sections are connected by a one-block-long street called Olga Place. Southbound traffic that does not turn onto Olga Place is routed onto Steuben Street, which rejoins Hylan Boulevard a short distance to the south. Northbound traffic that does not turn off is routed onto the eastbound service road of the expressway.

Hylan Boulevard is named after John F. Hylan, who was a mayor of New York City.