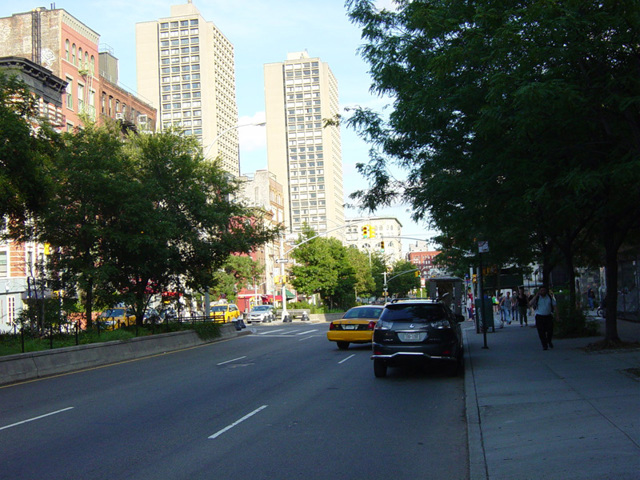 Houston Street is a major east/west street in Manhattan, passing through Greenwich Village and the Lower East Side. It is the dividing line between the named streets of Downtown Manhattan and the numbered street grid that exists in the rest of Manhattan. Therefore, it could be thought of as being the zero street in the street grid. Its name is pronounced as if it consisted of the words "house" and "ton." It is not pronounced like the city in Texas that is spelled the same way.

Houston Street is a four-lane divided road with trees in the center for most of its length. The westernmost section, from 6 Avenue to West Street (NY 9A), is a westbound one-way street.