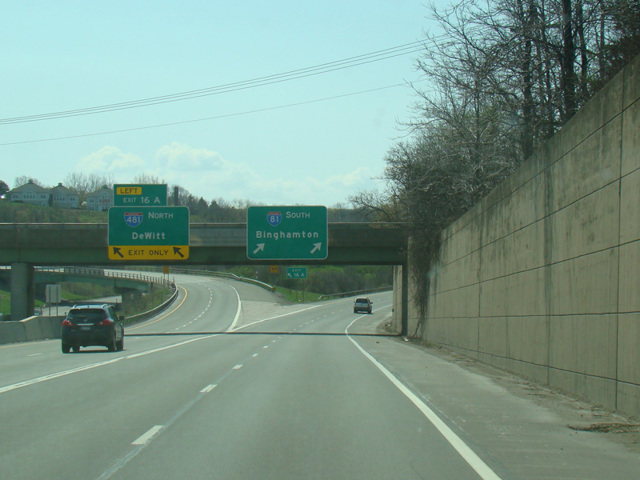 I-81 is a north/south interstate extending from Tennessee to the Canadian border in New York. It enters New York from Pennsylvania just south of Binghamton. After a few miles, it merges with NY 17/Future I-86 east for a few exits and then splits off again. It runs north to Syracuse, where it has an interchange with the New York Thruway (I-90). It continues north to Watertown and then to the St. Lawrence River at the Thousand Islands, where it crosses into Canada.