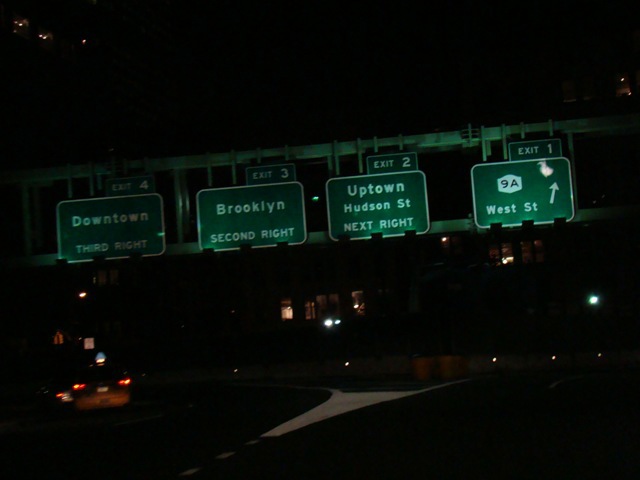 For all the plans that were made for I-78, very little was actually constructed. I-78 enters New York through the Holland Tunnel and then immediately ends in Manhattan. At the eastern terminus, there are five exits leading to different roads in Manhattan. Two other sections of the proposed I-78 were constructed, but they carry other designations. A portion of the Nassau Expressway in Queens was constructed and is designated NY 878. The Clearview Expressway and the Throgs Neck Bridge were built and carry the designation of I-295 from Hillside Avenue (NY 25) in Queens to the Bruckner Interchange in the Bronx. The Williamsburg Bridge was a pre-existing bridge from Manhattan to Brooklyn that would have been incorporated into I-78. It currently exists with no numerical designation.