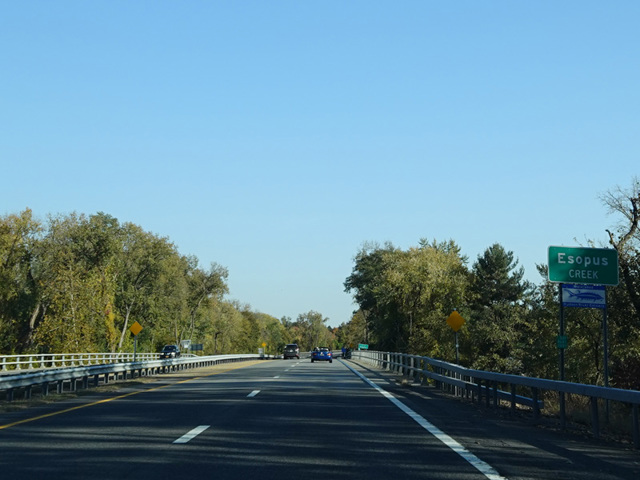 Colonel Chandler Drive is an east/west highway connecting the traffic circle at exit 19 of the New York Thruway (I-87) to the downtown area of Kingston. It is designated I-587 and has NY 28 multiplexed with it for its entire length. A little more than a mile long with no exits, it is one of the shortest interstates in the country. The I-587 designation is not posted on the New York Thruway (I-87), although it is posted on I-587 itself and on the surrounding surface roads.