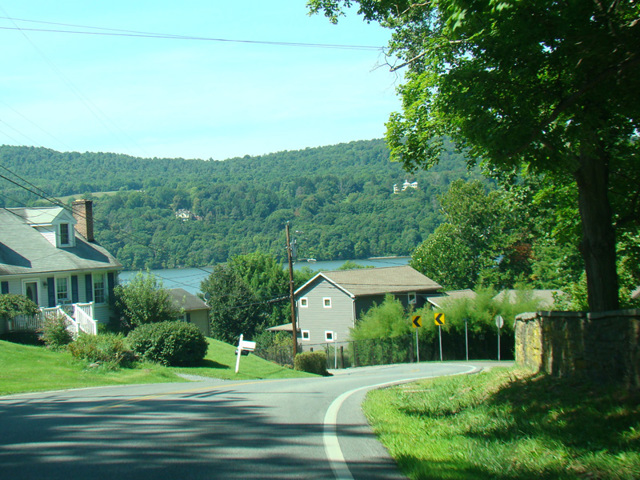 CR 41 is an east/west route from Hyde Park to Salt Point. It begins near the Hudson River at the Hyde Park Station, a former train station that has been converted into a museum. It follows River Road north for one block and then curves east to become West Market Street. It goes uphill into town, where it crosses Albany Post Road (US 9) and changes names to become East Market Street. After about a mile, it crosses NY 9G and changes names again to become Crum Elbow Road. A third and final name change takes place at South Quaker Lane (CR 16) and North Quaker Lane (CR 16), where it becomes Netherwood Road. It ends at Salt Point Turnpike (NY 115) a couple of miles southwest of the Taconic Parkway.