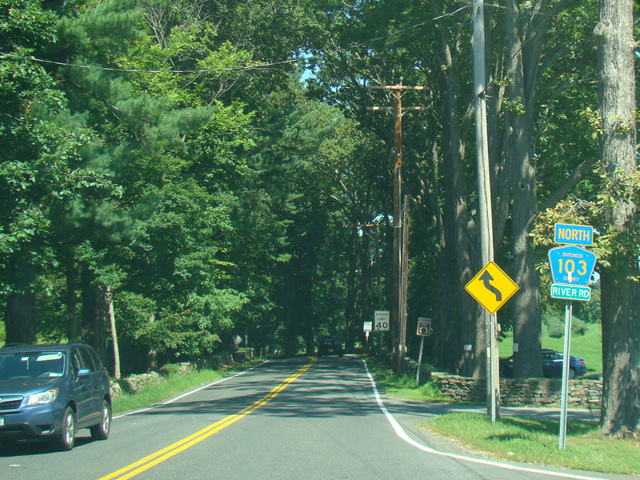 CR 103 is a north/south route running near the Hudson River from Rhinebeck through Barrytown and Annandale-on-Hudson to Red Hook. It is the westernmost north/south route east of the river in the areas through which it passes. It is known as River Road south of Sawkill Creek and as Annandale Road north of the creek. Near its northern end, it passes through the campus of Bard College.