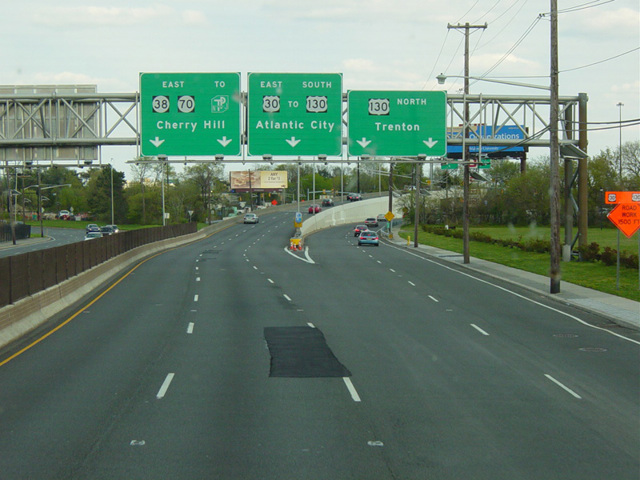 US 30 is a major east/west route crossing the country from Portland, Oregon, to Atlantic City, New Jersey. It enters New Jersey from Pennsylvania on the Ben Franklin Bridge, multiplexed with I-676. It splits off just east of the bridge and becomes Admiral Wilson Boulevard, which is a short expressway from Camden to Pennsauken. Admiral Wilson Boulevard ends at Crescent Boulevard (US 130), and US 30 is multiplexed with US 130 south along Crescent Boulevard for about a mile. It then splits off to become White Horse Pike, a four-lane road that runs southeast, parallel to the Atlantic City Expressway (NJ 446) to Atlantic City. White Horse Pike is a four-lane road and is undivided in most places. In Atlantic City, it widens to become a six-lane divided road and changes names to Absecon Boulevard. US 30 ends at Virginia Avenue in Atlantic City.