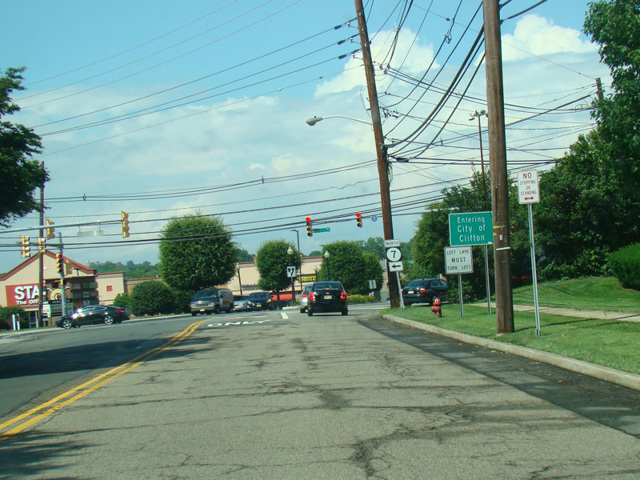 NJ 7 is an L-shaped route from Jersey City to Clifton. It is officially designated a north/south route, but the southern half of it is signed as an east/west route. It begins at the Pulaski Skyway (US 1/US 9) in Jersey City and crosses Wittpenn Bridge over the Hackensack River to Kearny. There, the roadway splits. Newark-Jersey City Turnpike (CR 508) begins at this split, and NJ 7 curves to the northeast to become a two-lane road called Belleville Turnpike. After a few miles, it crosses the Passaic River to Belleville, where it changes names to become Rutgers Street. After a few blocks, NJ 7 turns north onto Washington Avenue, which it follows north to Clifton. There, Washington Avenue ends, and NJ 7 turns west onto Kingsland Street for a few blocks and then north onto Cathedral Avenue, which changes names to become Passaic Avenue. NJ 7 ends at NJ 3 in Clifton.