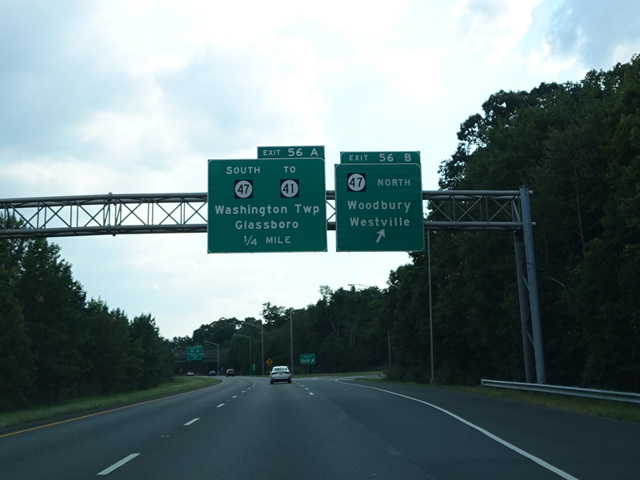 The Cape May Expressway is a highway providing the most direct route to Cape May from Philadelphia and its suburbs. As its name indicates, it was planned to extend south to Cape May, but the southernmost section was never built due to environmental concerns. Instead, it begins at Delsea Drive (NJ 47) in Maurice River. The mileposts begin at 20, and the first exit is exit 21, because the lower numbers were reserved for the unbuilt section. The expressway runs north for a little over 40 miles to end in Deptford. There, it merges into the North-South Freeway (NJ 42), which leads to the Walt Whitman Bridge (I-76) and the Ben Franklin Bridge (I-676).