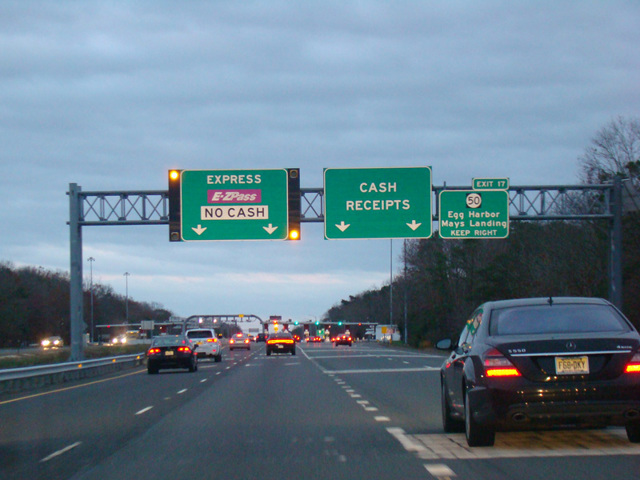 The Atlantic City Expressway is an east/west toll highway connecting the suburbs of Philadelphia to Atlantic City. It is maintained by the South Jersey Transportation Authority, a separate agency from the New Jersey Turnpike Authority, which maintains the other toll highways in the state. Instead of a ticket system, the expressway has a combination of tollbooths along the highway itself and tollbooths at certain ramps. It is given the unsigned designation of NJ 446 but has no posted route number.

At its western terminus, the Atlantic City Expressway turns into the North-South Freeway (NJ 42), which provides access to I-295, the Walt Whitman Bridge (I-76), and the Ben Franklin Bridge (I-676). There is no direct highway connection to the New Jersey Turnpike (NJ 700). Motorists wishing to transfer between the two highways must travel a couple of miles along Black Horse Pike (NJ 168).