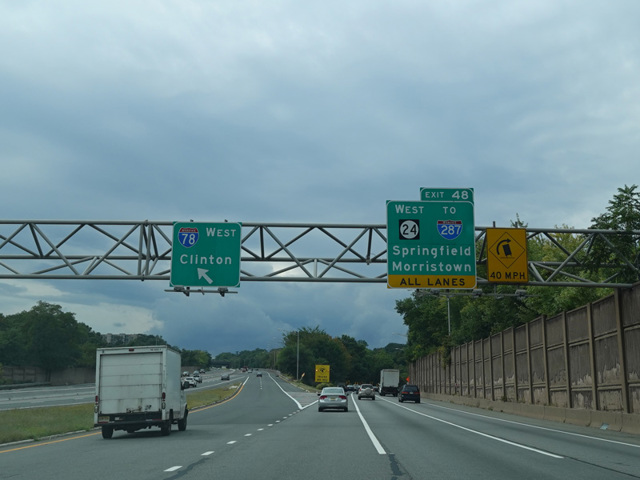 I-78 is a major east/west route in northern New Jersey. The New Jersey section of it begins at the New Jersey-Pennsylvania state line. It runs east as a free expressway through most of New Jersey. When it crosses the mainline of New Jersey Turnpike (I-95), it becomes the Newark Bay Extension of the turnpike. Motorists must pay a toll to travel on this section. The turnpike extension runs east to Jersey City, where it ends. I-78 is then routed along the local streets for a few blocks. The eastbound lanes are routed along 12th Street, and the westbound lanes are routed along 14th Street. This is one of the few places in the country where there are traffic lights on an interstate. I-78 then passes through the Holland Tunnel to Downtown Manhattan, where it ends.

The free portion of I-78 is sometimes known as the Phillipsburg-Newark Expressway, although this name is not widely used and is not posted on any signs.