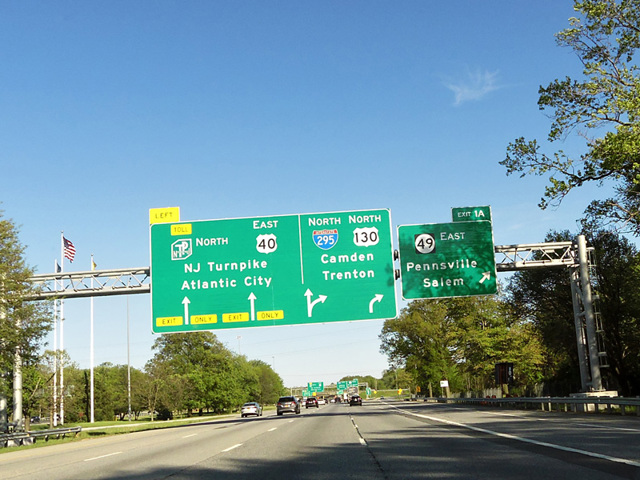 I-295 is a north/south route in southern New Jersey. It enters New Jersey from Delaware via the Delaware Memorial Bridge, a suspension bridge over the Delaware River. The New Jersey Turnpike (NJ 700) begins at I-295 on the New Jersey side of the bridge. I-295 runs north, parallel to the turnpike, providing an alternate route for local traffic. It eventually loops around Trenton and back to the south, crossing the Delaware River into Pennsylvania via the Scudders Falls Bridge.

The portion of I-295 in New Jersey is sometimes known as the Camden Freeway, although this name is not widely used and is not posted on any signs.