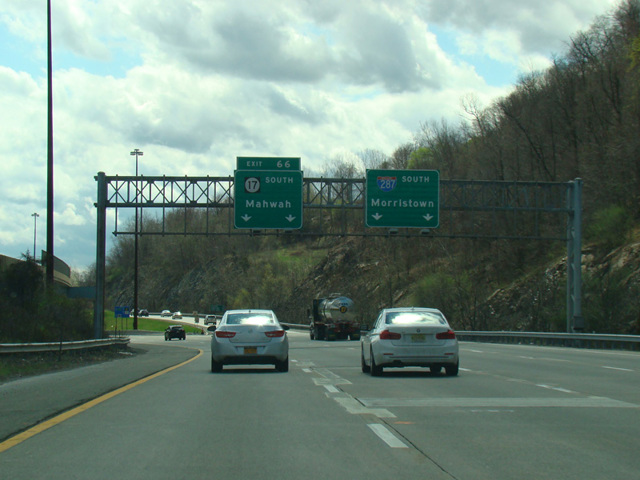 I-287 is a semicircular expressway looping around New York City at about a 25-mile radius. It begins in Edison at the New Jersey Turnpike (I-95) and the approach to the Outerbridge Crossing (NJ 440). It runs west to Somerville, where it begins to curve to the north and then to the northeast. It has interchanges with I-78 and the Bergen-Passaic Expressway (I-80). It continues northeast to Mahwah, where it crosses the border into New York. Just over the border, it curves to the east and merges with the New York Thruway (I-87). I-287 is signed as a north/south route in New Jersey and as an east/west route in New York.

The portion of I-287 in New Jersey is sometimes known as the Middlesex Freeway, although this name is not widely used and is not posted on any signs.