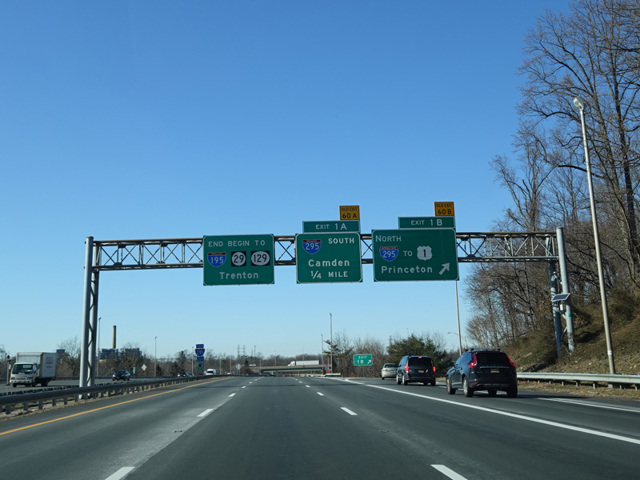 I-195 is an east/west highway crossing New Jersey near its center, roughly bisecting the state into its northern and southern halves. Like most highways in New Jersey, it is known primarily by its number, I-195, rather than its name. NJ 29 turns into I-195 at its interchange with I-295 in Hamilton, near Trenton. It runs west across the state to the Jersey Shore, where it turns into NJ 138 at its interchange with NJ 34, just west of the Garden State Parkway (NJ 444).

I-195 is sometimes known as the Central Jersey Expressway, but this name is not widely used and is not posted on any signs.