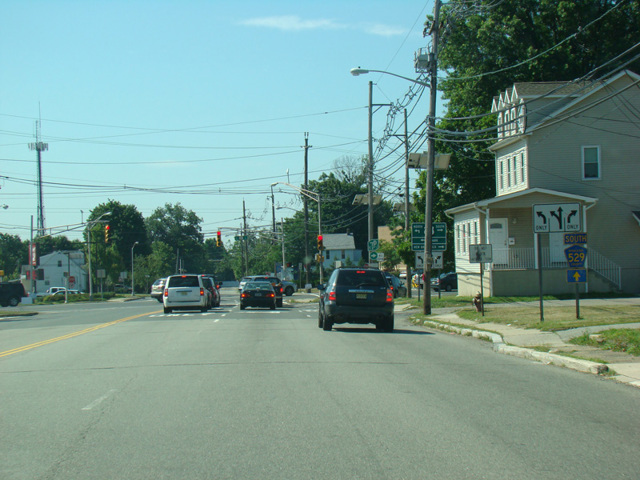 CR 529 is a short north/south route extending from Edison to Watchung. It begins at Woodbridge Avenue (CR 514). In Edison, it is known as Plainfield Avenue, but it changes names to becomes Stelton Road as it crosses into Piscataway. After an interchange with I-287, Stelton Road curves to the west. CR 529 then turns north onto Washington Avenue, which it follows to Dunellen. Washington Avenue ends at Washington Rock State Park. County maintenance ends at this point, but the CR 529 continues, albeit unsigned, turning east onto Rock Road East. After a short distance, Rock Road East curves to the north and becomes Washington Rock Road, which ends at Mountain Boulevard (CR 527).