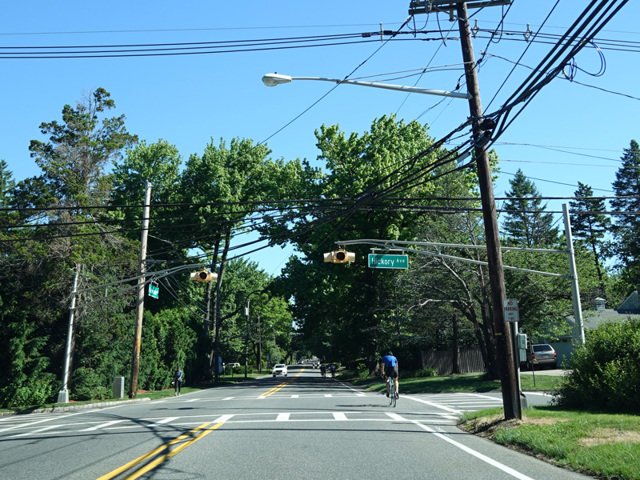 CR 505 is a north/south route in the northeastern portion of New Jersey, extending from the northern portion of Hudson County through Bergen County to the New York border. It begins at Kennedy Boulevard (CR 501) in Union City. The first section is a pair of one-way streets, 37th Street and 38th Street, that run from Kennedy Boulevard to Park Avenue, a few blocks to the east. Southbound traffic follows 37th Street, while northbound traffic follows 38th Street and is then routed along Park Avenue for one block to the south. CR 505 is then routed along Highwood Terrace for three blocks to the east to meet Kennedy Boulevard East in Weehawken.

CR 505 follows Kennedy Boulevard East through Weehawken and West New York and then turns onto Anthony M. DeFino Way, which goes downhill to the Hudson River. CR 505 turns north onto River Road, which runs along the river. In Fort Lee, it changes names to become Hudson Terrace. It passes under the approach to the George Washington Bridge (I-95/US 1/US 9). North of the bridge, it runs just to the west of the Palisades Parkway (NJ 445). After a couple of miles, Hudson Terrace ends at Palisade Avenue in Englewood Cliffs. There is access to the parkway at exit 1 from Palisade Avenue. CR 505 is routed west along Palisade Avenue to Englewood, where it turns north again onto Knickerbocker Road. At Harrington Avenue in Closter, it changes names once again to become Livingston Street. CR 505 ends at the New York border, where it becomes NY 303.