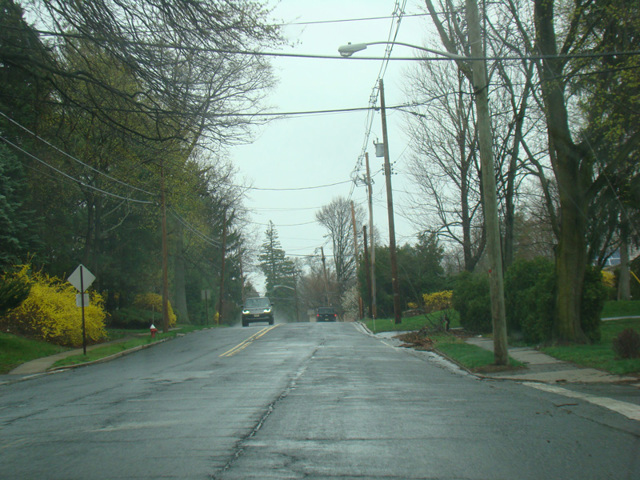 CR 501 is a north/south route in the northern section of New Jersey. It begins at NJ 440 near the Bayonne Bridge and runs north as Kennedy Boulevard, a four-lane undivided road through Jersey City, Union City, and North Bergen. At the Hudson-Bergen county line, Kennedy Boulevard becomes Bergen Boulevard (NJ 63). CR 501 is multiplexed with NJ 63 for most of its length. Just before the northern terminus of NJ 63, CR 501 splits off to the west onto East Central Boulevard, which becomes West Central Boulevard. After about half a mile, it turns north onto Grand Avenue (NJ 93). CR 501 is multiplexed with NJ 93 until its northern terminus at an interchange with the NJ 4 freeway.

North of the interchange, Grand Avenue becomes a northbound one-way street and changes names after a short distance called Engle Street. Southbound traffic follows the parallel North Dean Street and South Dean Street, which are one-way streets in the opposite direction. At East Hudson Street, Engle Street becomes two-way again, and the northbound and southbound lanes come back together. After a short distance, CR 501 turns west onto East Clinton Avenue and then north onto County Road. It follows County Road north to Demarest and then turns onto Piermont Road, which it follows to the border with New York. At the state line, CR 501 becomes NY 340.

There is a second section of CR 501 in Middlesex County near the Outerbridge Crossing (NJ 440). The two sections are connected by NJ 184, NJ 440, and NY 440. However, CR 501 is not continuous because Staten Island is part of New York, which does not recognize 500 series county routes. (In fact, New York City doesn't have any county routes at all.)