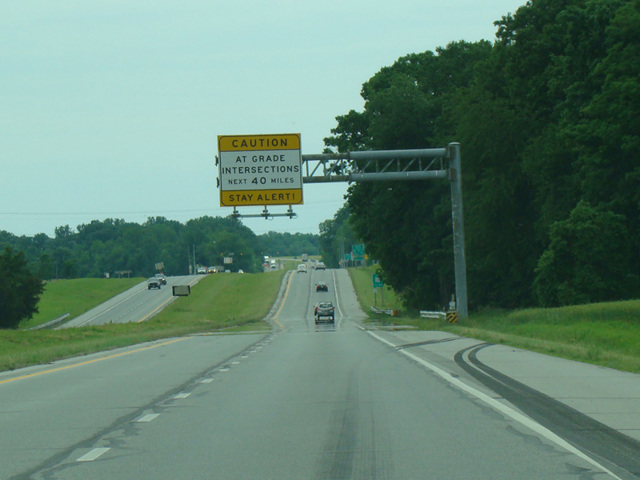 US 301 is a north/south route extending from Sarasota, Florida to Newark, Delaware. It enters Maryland from Virginia via the Nice Bridge, a two-lane toll bridge over the Potomac River named after Governor Harry W. Nice. On the other side, it widens to become a four-lane divided highway known as the Crain Highway. It runs north, passing through the eastern suburbs of Washington, DC. It eventually reaches the John Hanson Highway (US 50). US 301 joins US 50 as this interchange, while the Crain Highway continues north as MD 3. The two routes are multiplexed across the Bay Bridge to the Eastern Shore. A short distance beyond the bridge, they split. US 301 runs diagonally to the northeast through the Eastern Shore as a four-lane divided highway with a mixture of at-grade intersections and grade-separated interchanges. It eventually crosses the border into Delaware just southwest of Middletown.