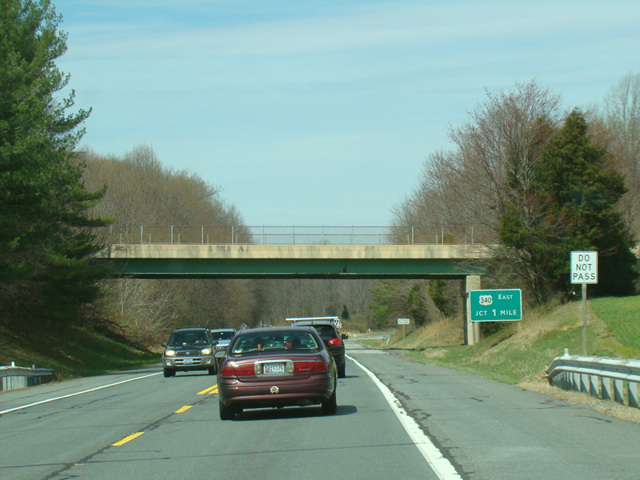 US 15 is a north/south route extending from Walterboro, South Carolina, to Painted Post, New York. It enters Maryland from Virginia by crossing the Potomac River via the Point of Rocks Bridge. The first section is called Catoctin Mountain Highway and is a two-lane undivided road with a 55 MPH speed limit. After a few miles, it merges into Jefferson National Pike (US 340), which is an expressway. In Frederick, Jefferson National Pike ends at the Frederick Freeway (US 40). The two routes are multiplexed for one exit, and then US 40 splits to the west onto West Patrick Street. US 15 follows the Frederick Freeway for the remainder of its length. Beyond the end of the freeway, US 15 is known as Catoctin Mountain Highway again. It is a four-lane divided highway with a mixture of at-grade intersections and grade-separated interchanges until the border with Pennsylvania. Just south of the state line, there is a business route along Seton Avenue through Emmitsburg.