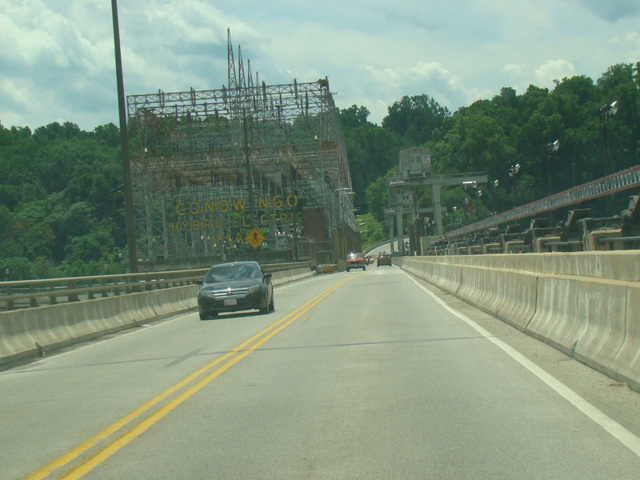 US 1 is a major route running from Key West in Florida to the Canadian border in Maine. Prior to the construction of I-95, it was the main route along the East Coast. It enters Maryland from the District of Columbia as Rhode Island Avenue, which merges into Baltimore Avenue after about a mile. US 1 follows Baltimore Avenue north to Laurel, where it splits into a pair of parallel one-way streets. Northbound traffic follows Second Street, while southbound traffic follows Washington Boulevard. After about a mile, the lanes come back together to form a four-lane Washington Boulevard. Just before entering Baltimore, US 1 turns north onto Southwestern Boulevard, while Washington Boulevard continues as Alternate US 1.

In Baltimore, Southwestern Boulevard merges with Wilkens Avenue (MD 372). US 1 follows Wilkens Avenue to the northeast until just before it ends and then turns onto a pair of parallel one-way streets. Northbound traffic follows Fulton Avenue, while southbound traffic follows Monroe Street. After about a mile, US 1 turns east onto North Avenue. After a couple of miles, it turns northeast onto Belair Road, which it follows out of the city.

In Bel Air, US 1 becomes the Bel Air Bypass, a four-lane divided highway with a mixture of traffic lights and grade-separated interchanges. It eventually changes names to become the Hickory Bypass. Then, the highway peters out, narrowing down to become a two-lane undivided road called Conowingo Road. US 1 follows Conowingo Road to the northeast, crossing the Susquehanna River via a bridge at the Conowingo Dam. It eventually reaches Rising Sun near the border with Pennsylvania, where it is known as the Rising Sun Bypass, still a two-lane undivided road. US 1 continues across the state line into Pennsylvania.