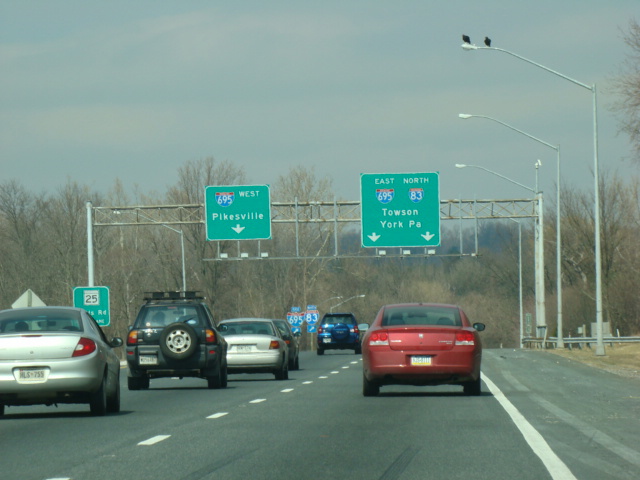 I-83 is a major north/south highway in Maryland and Pennsylvania. It begins at President Street in Downtown Baltimore, near the Inner Harbor. The first section is called the Jones Falls Expressway. It runs north through Baltimore and into the northern suburbs. A short distance north of the city line, it ends at the Baltimore Beltway (I-695). Northbound I-83 is multiplexed with eastbound I-695 for one exit. The two routes then split. I-83 is called the Baltimore-Harrisburg Expressway from this point on. It continues north to the Pennsylvania border and into Pennsylvania.