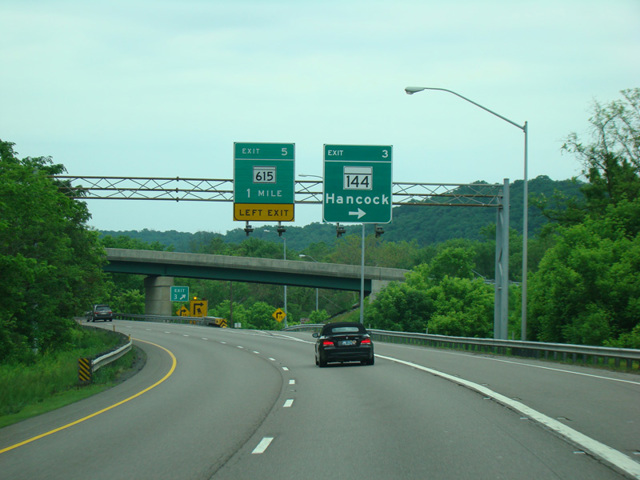 I-70 is an east/west interstate highway running most of the way across the country from Utah to Maryland. It enters Maryland from Pennsylvania south of the infamous Breezewood interchange. Just south of the border, the National Freeway (I-68) has its eastern terminus at I-70, and I-70 curves to the east. It runs east to Hagerstown, southeast to Frederick, and then east again to Baltimore. It ends at Security Boulevard (MD 122), just past the Baltimore Beltway (I-695). I-70 was planned to extend a few miles further into Downtown Baltimore, but this section was never built, leaving I-70 with the rather abrupt ending that it has.