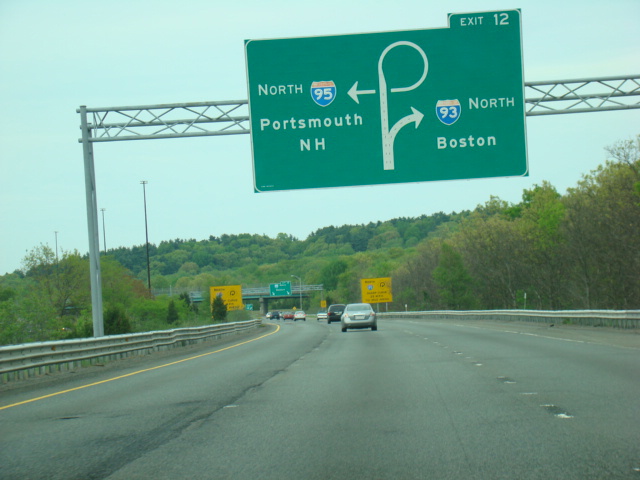 I-95 is a main interstate that runs along the east coast from Florida to Maine. It runs through the eastern portion of Massachusetts. It enters the state from Rhode Island just north of Providence and runs north toward Boston. South of Boston, there is a major interchange where I-93 begins. In the Boston area, I-95 is multiplexed with MA 128, which begins at the southern terminus of I-93. I-95/MA 128 forms a loop around Boston to the west of the city. North of Boston, I-95 and MA 128 split. I-95 runs north from this point to New Hampshire.