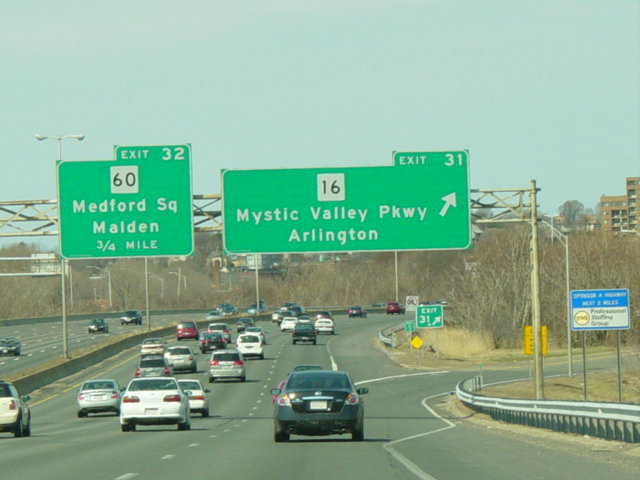 I-93 is a north/south route in the vicinity of Boston. It begins at I-95/MA 128 in Canton. It runs east to Braintree and then curves to the north. In this area, it is known as the Southeast Expressway. I-93 runs directly through Boston. In the downtown area, it is a tunnelled underground expressway colloquially known as the "Big Dig." After emerging from the tunnel, I-93 crosses the Charles River via the Zakim Bridge. It then runs north through the suburbs north of Boston. In Reading, there is a second interchange with I-95/MA 128. I-93 continues north to Lawrence and then into New Hampshire.