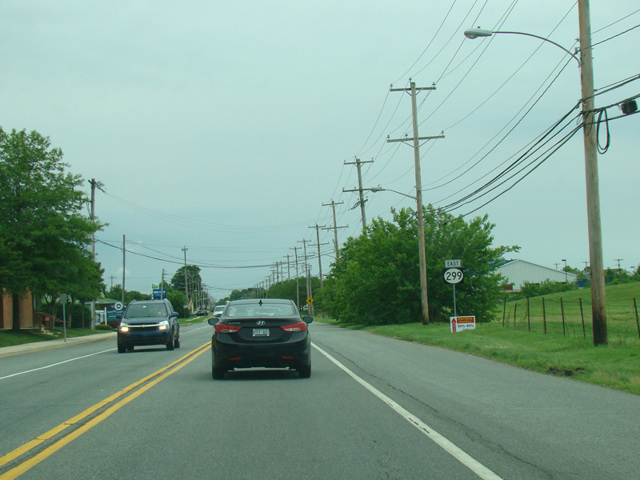 DE 299 is an east/west route through Middletown and Odessa. Main Street (MD 282) turns into Warwick Road upon entering Delaware. After a short distance, Warwick Road ends at Middletown Warwick Road (US 301). The two routes are multiplexed for a little over a mile, and then DE 299 splits off to the east as Main Street. It passes through the downtown area of Middletown and then changes names to become Middletown Odessa Road. There is an interchange with the DE 1 toll highway. Then, DE 299 passes through Odessa, where it is known as Main Street again and crosses Dupont Parkway (US 13). Upon leaving Odessa, Main Street becomes Old State Road. After a little less than a mile, DE 299 turns onto Taylors Bridge Road. After one block, it ends at the intersection where DE 9 turns from Taylors Bridge Road onto Thomas Landing Road.