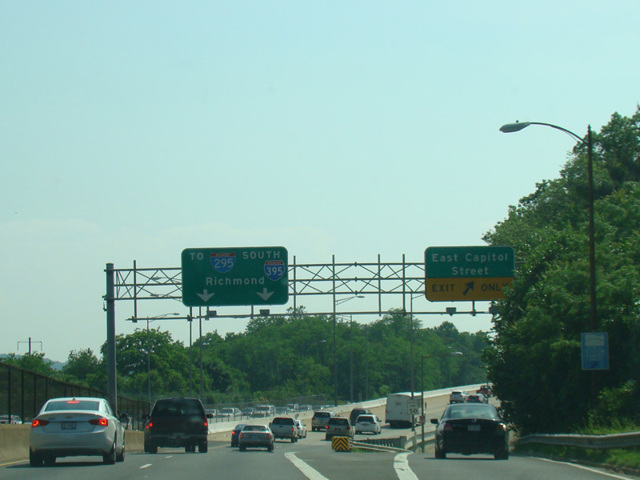 The Anacostia Freeway is a north/south highway running next to the Anacostia River. It begins at the Capital Beltway (I-95/I-495) in Maryland and immediately crosses the border into the District of Columbia. For the first few miles, it is designated I-295. Then, there is an interchange with the Southeast Freeway (I-695), and the interstate designation ends. The Anacostia Freeway continues north as DC 295, which is the only state route in the District of Columbia and therefore the only state route not in a state. It ends at the border with Maryland, where it becomes Kenilworth Avenue (MD 201). The Baltimore-Washington Parkway (MD 295) begins at MD 201 just north of the border.