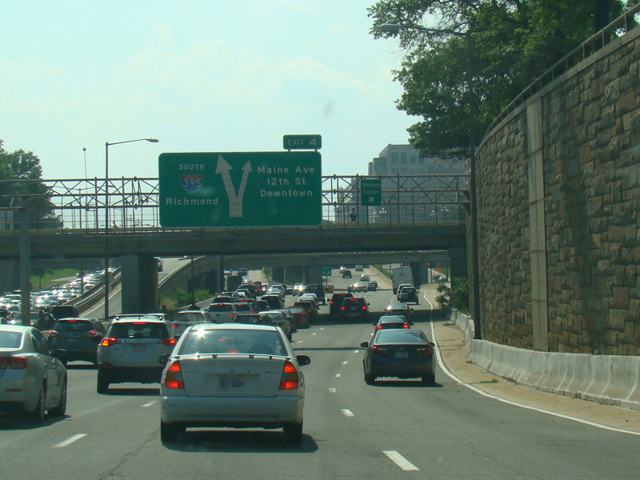 I-395 is a freeway connecting Washington to points south in Virginia. It enters the District of Columbia via a bridge over the Potomac River that touches down near the Jefferson Memorial. At first, it is known as the Southwest Freeway. It runs east for about a mile to an interchange with the Southeast Freeway (I-695). It then curves to the north to become the Center Leg Freeway, which passes through a tunnel under the National Mall. It emerges after a short distance to end at New York Avenue NW (US 50).