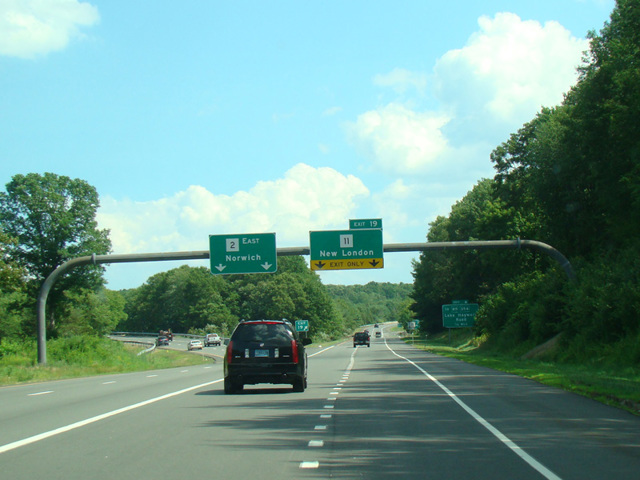 CT 2 is an east/west route running diagonally through the eastern half of Connecticut. It begins at Columbus Boulevard in Hartford and immediately crosses the Connecticut River to East Hartford. For much of its length, CT 2 is an expressway. In Norwich, it has an interchange with I-395. A short distance thereafter, the expressway ends. CT 2 continue southeast as a surface road to end at West Broad Street (US 1) in Stonington, just west of the border with Rhode Island.